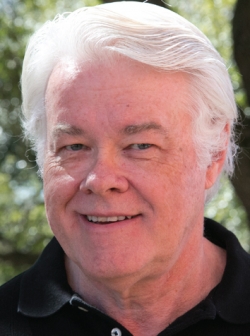 Van Roberts, professor of communication, recently served as a judge at the Mag Film Festival.

Roberts has been watching movies since 1958 and has published reviews in dozens of newspapers throughout Mississippi. He has written approximately 3,000 film and television reviews for the "Internet Movie Database."

The Magnolia Independent Film Festival, affectionately known as The Mag, is a 501(c) (3)  non-profit organization whose mission is to bring quality independent cinema to the Golden Triangle Area and to support the growing film industry within the state of Mississippi. As Mississippi’s first and longest running film festival, The Mag is known for being an intimate, filmmaker-friendly festival that consistently brings unique, edgy, diverse and inspiring cinema to small-town Mississippi while also supporting home-grown filmmakers and storytellers.

Started in 1997 by Ron Tibbett, The Mag filled a void within the state. At the time, there were no film festivals in Mississippi and no outlets to showcase, inspire and encourage independent filmmakers.

All of the films were judged live during the screening except for the closing night feature film.