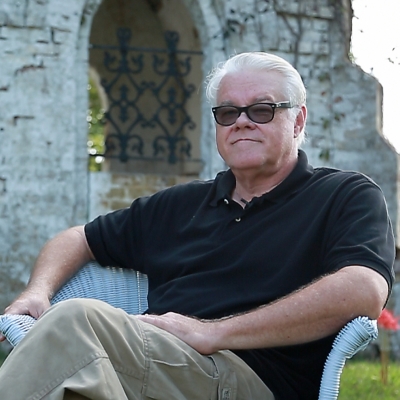 COLUMBUS, Miss. -- Halloween is drawing near, and costumes, candy and decorations are now the hot items to buy. Along with the tricks and treats this holiday has to offer, another activity that draws a crowd is any one of the scary movies that hit theaters during this time of year.

Dr. Van Roberts, who has taught film classes for 25 years at The W and has been a movie reviewer for 17 years, understands what makes a scary movie scary and why people flock to the theaters to see them.

"Horror movies are like the forbidden fruit of mainstream cinemas. They are designed to scare you. They make your heart race, get your adrenaline rolling and make you fear the unknown," said Roberts.

"Scary movies have a tendency to cause people to look in the closets and under the beds and keep their bedroom doors open so that they can have an escape exit just in case someone or something is out there to get us," he said.

"Nightmare on Elm Street" and "Psycho" were some of the classics that made moviegoers want to run for cover. Now, scary movies have evolved and changed their tactics.

"No longer do we have someone coming after us; it can be a pot shaking or a door slamming. No one is actually touching people in these movies, but they can be just as scary," said Roberts.

The new breed of movies look normal, give people a massive startle and catch them off guard. "Paranormal Activity," "Insidious" and "The Conjuring" are a few of those movies that can startle people and make them jump out of their seats.

According to Roberts, there are good movies out there for everyone who is looking for a good scare.

"There are some movies that scare you so badly that your palms are sweaty, your popcorn becomes stars on the movie theater ceiling and your drink is all over your feet," said Roberts.

Unfortunately, there are some horror movies that fail to stand up against the classics. They are missing some of the magic, he said.

"Movies like 'Friday the 13th' and `Halloween' were so incredibly spectacular that they have spawned thousands of imitators that are not as scary anymore because they have been done too many times." he said.

The best horror movie he believes is out there is "The Exorcist."

Whether people like movies that will compel them to hide under their covers or turn their night lights on, there is something about Halloween that keeps even the easily frightened people coming back to the theaters for more.

FOR IMMEDIATE RELEASE
Oct. 11, 2013
Contact: Julessa Oglen
(662) 329-7119
This email address is being protected from spambots. You need JavaScript enabled to view it.