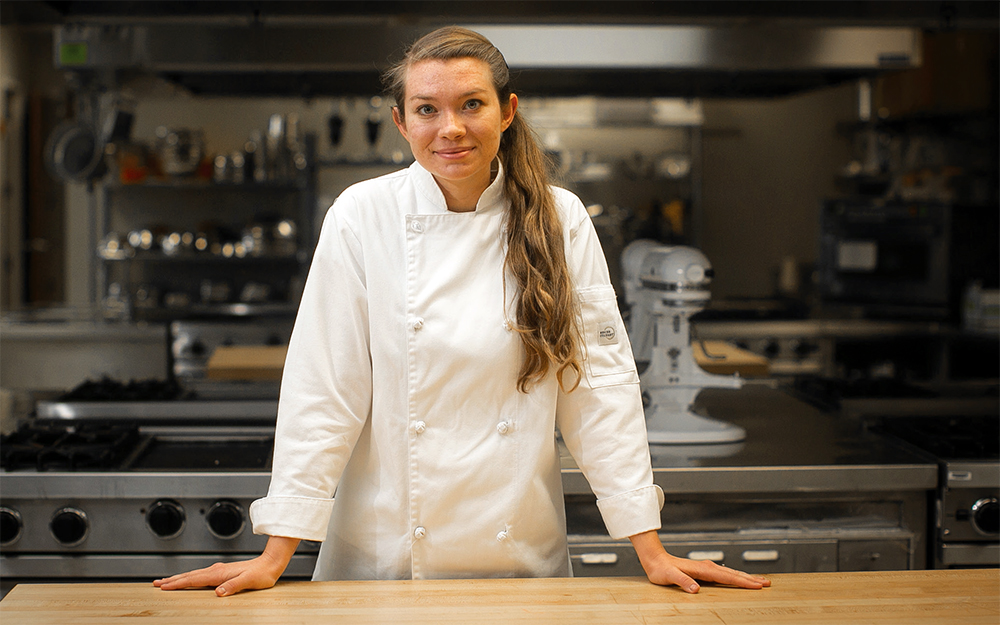 Kimberly Heath, a graduating culinary arts major from Petal, took a practical approach to her Honors research project. After taking a class in demonstration techniques, she became more confident in her demonstration and cooking skills. Combining that with her interest in nutrition, she began to research available literature on cooking demonstrations for college students. She found few.

“Students usually have only a small amount of time, which often leads to consuming unhealthy convenience foods,” she said. “My research showed that 23 percent skip breakfast, so that became my focus.” Her project, titled “Becoming Breakfast Savvy,” used cooking-skills demonstration to motivate students to cook. A followup survey gauged the effectiveness of her project in reaching goals.

She recruited 27 participants through campus flyers, social media posts and emails. She developed two recipes with fewer than five ingredients, focusing on those that could be prepared using only a microwave and a fridge.

In the demonstrations, Heath presented an oatmeal bar that offered a variety of dried and fresh fruit, nuts, granola and other toppings that could be easily stored. She showed that oatmeal could be bagged and prepared ahead for quick retrieval, cutting down preparation time when needed. She also showed that breakfast sandwiches could be assembled in advance, wrapped and frozen for easy use. Not only were the breakfasts healthier, they also cost less than convenience food.

Her study, she said, “reinforced college students are a segment of the population in desperate need of kitchen education and practice.” Heath is now headed for graduate studies in food science at Mississippi State University, with a goal of working with the Extension Service in food safety.