Hazard Mitigation Plan Background
In 2002, the United States Department of Homeland Security’s Federal Emergency Management Agency (FEMA) initiated the Disaster Resistant University Program. Administered by Mississippi Emergency Management Agency (MEMA), the DRU Program assists universities and colleges to implement a sustained pre-disaster hazard mitigation program to reduce risk to students, faculty, staff, facilities and research assets. On March 27, 2008, the Mississippi Institutions of Higher Learning, Office of Risk Management, entered into a contract with MEMA to produce hazard mitigation plans on all campuses, with the exception of the University of Mississippi, who already has one. MUW was notified of the DRU award in a letter dated April 4, 2008 from Mississippi Institutions of Higher Learning’s Office of Insurance and Risk Management; however the grant, in the amount of $84,600 (95%/5%) was not signed by IHL until October 20, 2008. The contract requires the plan to be completed and approved by MEMA and FEMA no later than March 20, 2010. The MUW Plan was developed and adopted November 2010.

[MUW Hazard Mitigation Plan (.pdf)]
Submit any comments on the DRU to Jim Jones, This email address is being protected from spambots. You need JavaScript enabled to view it.

On December 9th 2014 MEMA notified MUW that our Hazard Mitigation plan would expire December 5 2015 and that the plan must be reviewed, updated, and submitted for approval every 5 years.

In January of 2015 MUW applied for financial assistance to review and update the 2010 Hazard Mitigation Plan. On January 29, 2015 MUW was notified pursuant to Hazard Mitigation Grant State Program DR-MHGP-MS-002, funds in the amount of $45,000 were awarded for the hazard mitigation plan review and update with stipulations that $40,000 would be the State cost share and %5000 would be Local cost Share.

Hazard Mitigation plan Summary
On April 4, 2008, Mississippi Institutions of Higher Learning notified MUW that the University had been approved for a multi-jurisdiction Disaster Resistant University (DRU) grant as announced by FEMA in the amount of $80,370 (95%/5%). The funding from this grant will finance 95% of the cost of assembling the hazard mitigation project. MUW will provide a matching commitment of $4,230 for a total of 84,600. The goal of the project is to produce and implement a sustained pre-disaster natural hazard mitigation plan for MUW to reduce the overall risk to students, faculty, staff, surrounding community, facilities and research assets. The ultimate goal is simply a safer university.

The MUW Hazard Mitigation Plan was developed, reviewed and approved by IHL, MEMA and FEMA and Adopted by MUW in November of 2010, thus MUW became qualified for pre-disaster financial assistance to help initiate the mitigation actions outlined in the plan. The original mitigation plan, written by Angela L. Jones, project coordinator, with guidance and assistance of MUW’s DRU Planning Team was reviewed and updated through the coordination of Jim Jones, Project Coordinator. The approved Hazard Mitigation Plan updated of 2015 may be reviewed at the link below. Review comments may be provided to Jim Jones at This email address is being protected from spambots. You need JavaScript enabled to view it..

[MUW Hazard Mitigation Plan (.pdf)]
Submit any comments on the DRU to Jim Jones, This email address is being protected from spambots. You need JavaScript enabled to view it.

Description of the Planning Process - 44 CFR Parts 201.6(b) and 201.6 ( c)(1)
The DRU Planning Team is composed of a cross-section of University staff, representatives from city government, community organizations, Columbus Air Force Base (CAFB), IHL, MEMA and Affiliated FM, Commercial Property Insurance Specialists. The DRU Planning Team has provided guidance and advice in order to complete the plan and will continue to provide communication to ensure continuing mitigation work into the future. The team served as the overall guiding organization for the development of the mitigation plan. All members were allowed direct input into the process of the plan. As each phase of the plan was completed, each member was given a chance to review the plan and offer feedback. The table below lists MUW’s DRU Planning Team. As the narrative was being written, the DRU Planning Team was advised of progress via emails as well as at scheduled committee meetings. The DRU Team also provided overall guidance and assistance in the locating data specific to the University. Individual members of the team were involved throughout the planning process and were engaged until its completion.

The mission of the DRU planning team is to identify, review and update potential hazards (natural and man-made), critical assets and resources that will minimize vulnerabilities to the University while estimating monetary losses that could incur due to these hazards. 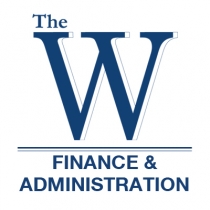